What is pyrite in roofing slate?

Pyrite is iron sulphide (also known as “fool’s gold”) which is commonly found in roofing slates. Pyrite has an unfortunate reputation of rusting on the roof, but what many people don’t know is that you can have 2 types of pyrite inclusions; stable and unstable.

A stable inclusion is found in a T1 slate. These inclusions tend to be visible flecks of “gold” with refined edges, typically a cube shape which, ironically, when found in its raw form, is really quite a beautiful thing. When on the roof, and exposed to the elements for a number of years, these inclusions, if anything, will rust as they are, without bleeding down the roof. These are completely harmless, they don’t discolour the slate and, most importantly, don’t affect the performance of the slate. 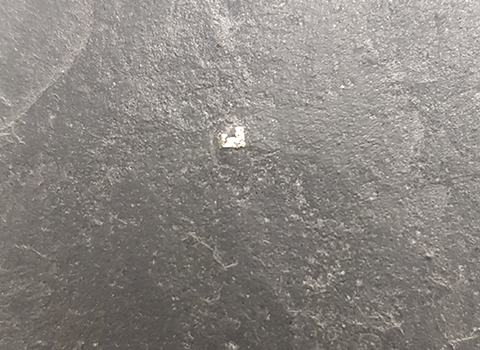 Unstable pyrite is sometimes very difficult to spot as the inclusions tend to be a lot smaller but greater in numbers, covering large areas of the roofing slates (see image below). These inclusions are commonly found in T2 slates. While these inclusions very rarely compromise the performance of the slate, they do rust and bleed down the roof, creating a bit of an eye sore. We recommend checking the A1-S1-T1 DOP (declaration of performance) prior to making an order, to ensure you’re receiving a T1 slate. 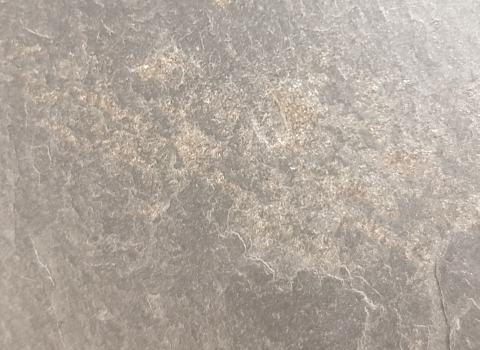 As stated above, not all pyrite is going to discolour the slate. A certified T1 slate is almost guaranteed not to rust, whereas a T2 slate can be prone to it. Here at Buy Roof Slate, we openly divulge all details of our slates, including their origin, to our customers. Your peace of mind and satisfaction is our number 1 priority. If you’d like to discuss this further with one of our knowledgeable staff, please don’t hesitate to get in touch.

2 thoughts on “What is Pyrite in Roofing Slate?”

This website uses cookies to improve your experience while you navigate through the website. Out of these, the cookies that are categorized as necessary are stored on your browser as they are essential for the working of basic functionalities of the website. We also use third-party cookies that help us analyze and understand how you use this website. These cookies will be stored in your browser only with your consent. You also have the option to opt-out of these cookies. But opting out of some of these cookies may affect your browsing experience.
Necessary Always Enabled
Necessary cookies are absolutely essential for the website to function properly. These cookies ensure basic functionalities and security features of the website, anonymously.
Functional
Functional cookies help to perform certain functionalities like sharing the content of the website on social media platforms, collect feedbacks, and other third-party features.
Performance
Performance cookies are used to understand and analyze the key performance indexes of the website which helps in delivering a better user experience for the visitors.
Analytics
Analytical cookies are used to understand how visitors interact with the website. These cookies help provide information on metrics the number of visitors, bounce rate, traffic source, etc.
Advertisement
Advertisement cookies are used to provide visitors with relevant ads and marketing campaigns. These cookies track visitors across websites and collect information to provide customized ads.
Others
Other uncategorized cookies are those that are being analyzed and have not been classified into a category as yet.
SAVE & ACCEPT